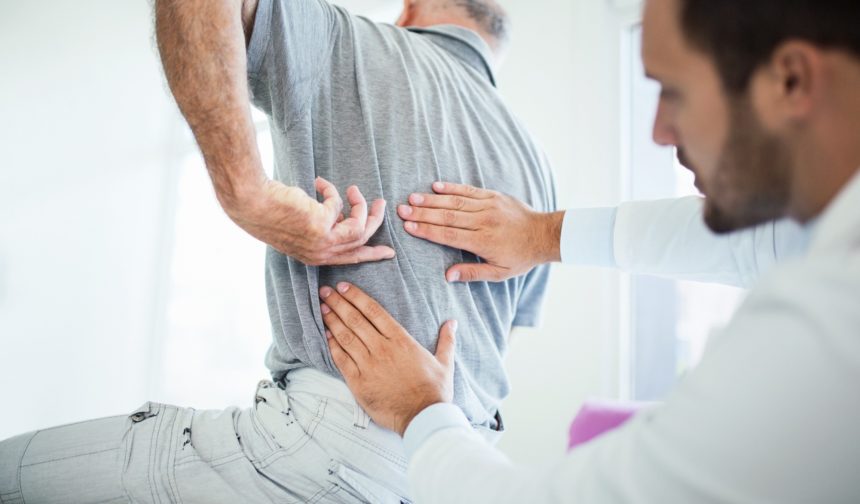 Direct social engagement with a patient who endorses positive treatment outcomes may have an augmented placebo effect for patients with chronic low back pain (LBP). These findings were published in Pain.

Patients (N=44) with chronic LBP lasting more than 6 months were recruited for this double-blind, controlled study with a parallel group design at the University Hospital Hamburg-Eppendorf in Germany in 2016 to 2018. Patients who were receiving an analgesic dosage of amitriptyline were randomly assigned in a 1:1 fashion to either the social learning (SoL) intervention group or the control group. The study intervention included a sham patient who engaged with the study participant and either endorsed the effects of amitriptyline (SoL intervention) or did not speak about treatment outcomes (control). Efficacy and tolerability of amitriptyline were evaluated at 2 weeks after engaging with the sham patient.

The study population comprised patients aged mean 62.79 years, 61.36% were women, they had LBP for 165.52 months, were taking 92.52 mg amitriptyline, had been taking amitriptyline for 19.14 months, and the mean pain score was 6.3 points out of 10. The treatment groups were well balanced, except those assigned to the SoL group made more active coping self-statements (P =.02).

The expectation of pain relief from amitriptyline changed between postintervention and follow-up for both groups (P <.05).

Age, gender, and empathy did not have a moderating effect on study outcomes.

This study was limited by the fact that after the start of the study, amitriptyline was removed from the German guidelines as a recommended treatment for chronic LBP.

“The direct observation of [a] patient with chronic low back pain of positive treatment outcomes in the sham patient seems to have enhanced the treatment effects while indirect verbal reports of reduced pain did not,” the study authors noted.